The massive decline of insect diversity and biomass can be attributed to various, intertwined factors: Habitat loss (land use change, agricultural intensification and simplification), chemical pollution (increased use of pesticides and fertilizer), climate change and invasive species. To counteract this decline particular found in agricultural landscapes, the establishment of so called agri-environmental Schemes (AES) were implemented and are even part of the European Common Agriculture Policy. In form of wildflower strips (WFS), set asides and hedges, these measures are intended to increase biodiversity by creating habitats for shelter, oviposition, overwintering opportunities and food resources. 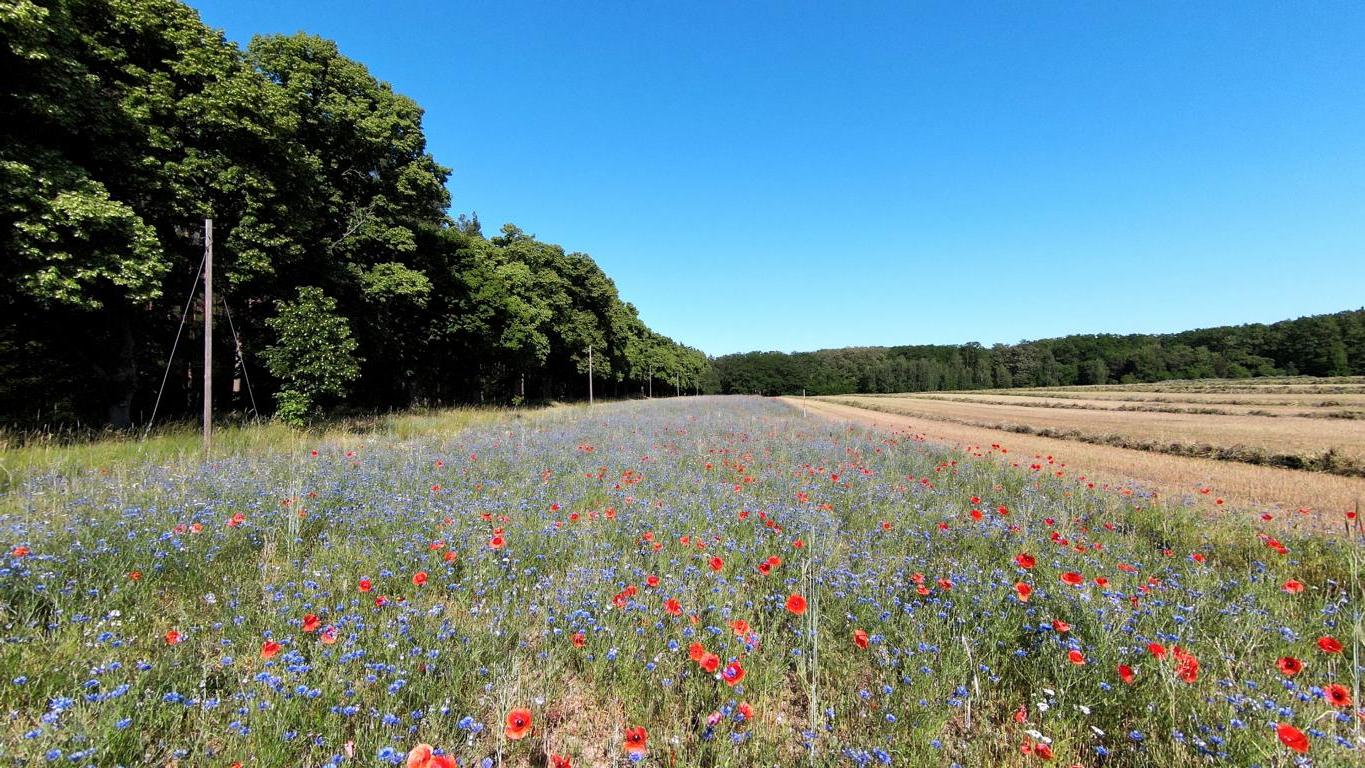 The wildflower strip sown in autumn 2021 on one of the experimental fields in Linde. 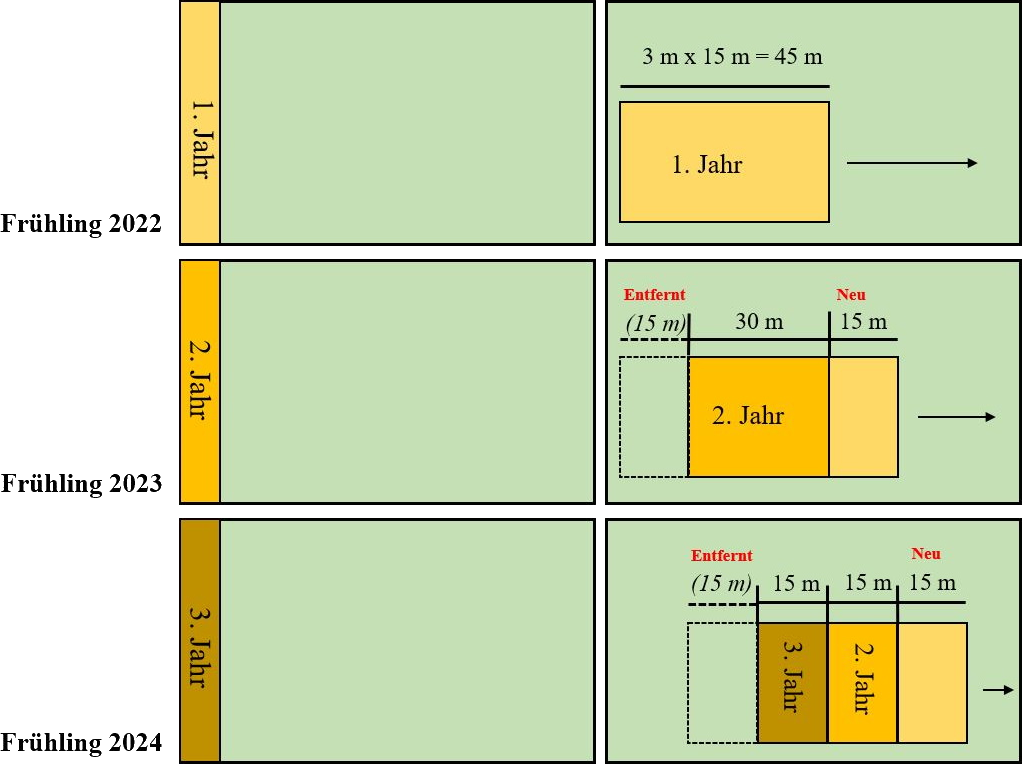 Recently, the effectiveness of short lived, narrow and elongate WFS has been criticized and they have been even called “ecological traps”, by a) reducing the overwintering success of long-lived or slowly colonizing insect taxa (e.g. pollinating flies, carabid beetles, spiders and staphylinid beetles), and b) having large edge effects. The persistence of WFS differs between the European countries (Germany two years, Switzerland five years), still, the insect refuge is removed with certainty. This spurious attraction highlights the importance of in-depth research into the long-term impact of the established compensation measures, and to detect potential fields for improvement.
 
This is where the “Linde-Wildflower-Experiment” comes in. We will compare the effectiveness of WFS with an innovative design of the Rolling Wildflower Block (RWB) on insect diversity and population (see Eccard et al. 2022 [in press]). In the RWB design, one newly-sowed zone is added each year and the oldest zone is removed, so the block is “rolling” over the field (Fig. 3) which enables a persistence of a local refuge for attracted insect population. In the RWB, we try to improve and address following issues: 1) creating a mobile, but persistent habitat without removal after short time period, 2) increasing structural diversity by having parallel successional stages within one block element, and 3) reducing edge effect by block shape of the structural element.
 
For the moment, the project is scheduled to run for three years and is accompanied by a doctoral thesis. However, this project is open to prospective collaboration with other researchers and is already connected to projects of the BioMove project. Further, the “Linde-Wildflower-Experiment” offers participation possibilities for undergraduate students for performing their bachelor and master thesis in this experimental setup. Overall, the Linde-Wildflower-Experiment will provide and evaluate essential knowledge about the effectiveness of AES and will help to create long term better suited and functioning habitats for insect population, which is a crucial part when to address insect conservation. Resulting data will be analysed with a view to possible integration into the current conservation policy. The “Linde-Wildflower-Experiment” is taken place at the Linde Research Station, Havelland (Brandenburg) and is funded by the Zwillenberg-Tietz Foundation. The experimental design will be implemented on five organic fields (5 -19 hectares) and each structural element will consist of 0.3 hectares.

Publications and Media about the Linde-Wildflower-Experiment: 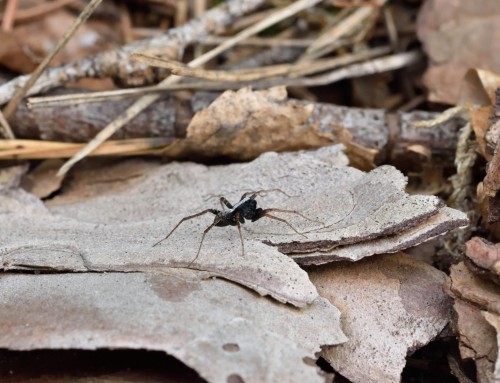 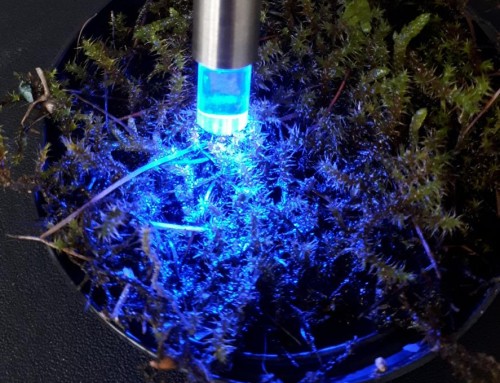 Ecology of mosses and lichens in forests 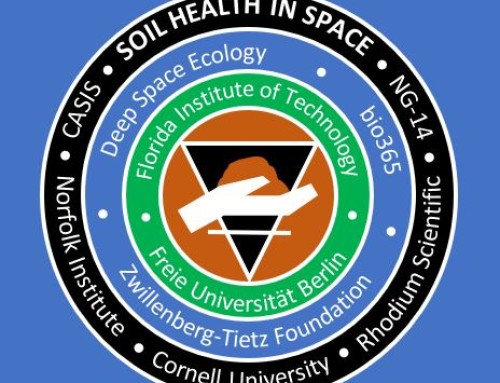